My Boys and the Letter B 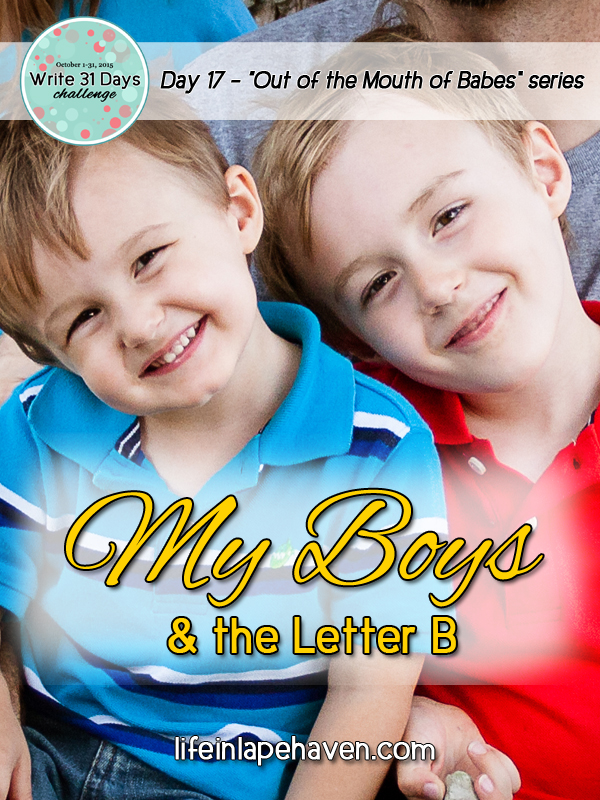 It’s Saturday, and time for another round of simply amusing quotes from my boys, Elijah and Josiah.

Today’s quotes are brought to you by the letter “B” and by the number “3.”

They are average, every day words, right? Nothing bewildering or befuddling about them. However, in these next three quotes, you can see that those words are all mixed up in a few funny misunderstandings or miscommunications for our boys. 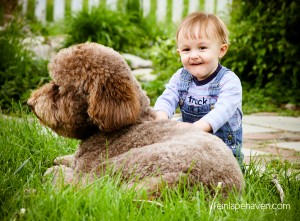 Until Josiah was over a year old, he stayed in the main sanctuary at church on Sundays with Hubby, my parents, and me. It wasn’t that he couldn’t have gone to the nursery, but since he was still nursing, it just made it easier to keep him nearby.

One Sunday when he was about 10-months-old he was sitting happily with his head on my shoulder as we listened to the message. Suddenly Josiah got very excited, lifting his head, looking over my shoulder at something behind us, and saying, “Ba! Ba! Ba!”

“Ba” was a recent addition to his growing baby vocabulary, and I knew that it was his word/sound for “dog.” (He was basically trying to say, “Bark.”)

Since I doubted there were any dogs at the church, I glanced back to see what he saw. Sitting behind us, smiling and cooing at my son as he “barked” at her, was a lady wearing a brown fur-trimmed coat.

I quickly turned back around, trying to contain my laughter, thankful that the lady behind us had no idea my child was trying to say she was wearing a dog around her neck.

2. Elijah and the Band-Aid 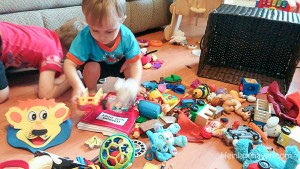 One morning, around about the same time Josiah had confused fur coats with living animals, my boys were playing in our living room, doing what they did pretty much every day for me: emptying all the toys out of the toy box and scattering them around the room.

Since Josiah was still perfecting the art of standing and was flirting with the idea of walking, it was no surprise when he tripped over a toy. When he fell, somehow he cut his finger enough to make it bleed just a little.

Elijah suggested that we put a Band-Aid on Josiah’s finger (they always love a reason to break out the Band-Aids).

Considering that Josiah still liked to put everything in his mouth, I answered, “I don’t think he’d leave it alone. He’d probably bite it off.”

Elijah looked at me in horror and replied, “His FINGER!?!”

In case you’re wondering, I meant the bandage. 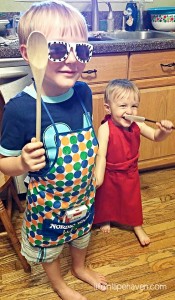 From the time Elijah was little, Food Network has been a channel staple in our home because it’s generally a bit more family friendly than other main stations, including some of the kids’ cartoon channels. It teaches us all how to cook (mostly with ingredients we’d never buy), so it’s educational. Plus a mom can only take so much Caillou before she wants to reach into the TV and slap some sense into both that whiny little kid and his parents (one episode will do that easily).

This means that Elijah and Josiah have grown up watching Good Eats, Diners, Drive-Ins, & Dives, and one of our favorites, Cutthroat Kitchen.

For those unfamiliar with that show, Cutthroat Kitchen is a cooking competition hosted by our favorite Food Network guy, Alton Brown. During the three-round competition, chefs attempt to cook a specified dish within a given timeframe. To make things interesting, before and during their cooking time, Alton offers various cruel and unusual sabotages in an auction for the contestants to bid on to give out to their opponents, such as taking away the chef’s ability to taste the food he is cooking or having to use a child-sized kitchen as their kitchen.

Last summer, my grandparents’ church held a fundraising auction, and Elijah was surprisingly excited to attend his first auction. He was determined to take some of his own money with him to buy something.

Can you guess what he was planning to bid on?

When I asked him what he was going to do at the church auction, he told me, “I’m going to buy sabotages.”

So, too much Cutthroat Kitchen, maybe… sorry, Alton.

Remember, you can enter to win a $500 Shopping Spree, thanks to DaySpring.com!

DaySpring is celebrating all the amazing Write 31 Days READERS who are supporting the nearly 2,000 writers this month! Enter to win a $500 shopping spree by clicking this link and following the giveaway widget instructions. There will be a link at the end of each day’s post from October 15 through October 30.

I would love it if one of MY readers won!!!  So, good luck and THANK YOU, THANK YOU for reading!