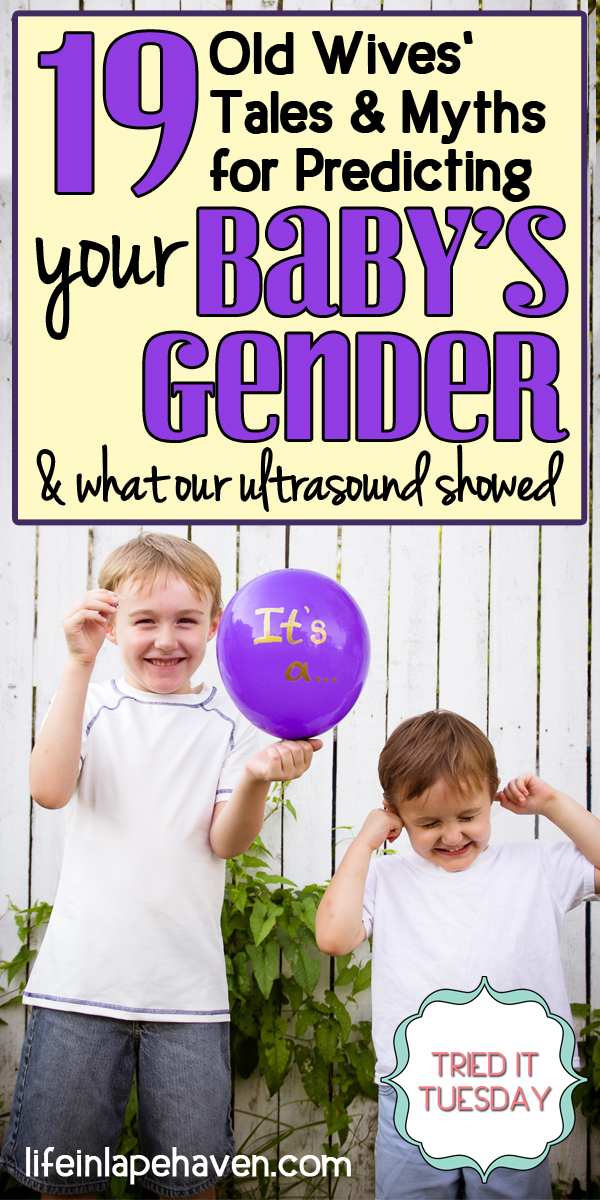 Probably the two questions that I’ve heard even more this pregnancy than both of my other ones have been: “Do you know what you’re having?” (I always answer, “A baby,” even though I know they’re asking about the gender), and “Are you hoping for a girl?”

Because we have two boys, there are plenty of people who really want us to have a girl, our two boys included. And since the grandchildren on my side of the family are only boys so far – 8 in a row , and Brad’s side has only one girl and then 5 boys in a row…well, there are plenty of hopes for a girl soon to break those streaks as well.

Brad and I, however, are fine either way. We’d like a girl, but we also love having boys. Plus we have basically everything we’d need for a boy, and we’re getting pretty good at parenting boys.

Well, yesterday we reached that big milestone that many expectant parents look forward to: The 20-Week Ultrasound. You know, the one they do at 18-20 weeks to measure and check all the baby’s body parts, including those that will reveal the gender of your baby.

Since we are “finder-outers” who feel that the surprise of our baby’s gender is as much of a surprise now as it would be when he/she is born, we definitely opted to know if we were are having a boy or a girl.

However, before we did that, I took a suggestion from my sister-in-law (who is also expecting) to go through some old wives’ tales and myths for gender predicting so we can see how those results compare to the ultrasound.

There were way more out there than I have ever heard of, so I only did the ones that I really wanted to, but here are what the old wives’ tales say I should be having (stay with me, and I’ll let you know what the ultrasound showed us). Oh, and these are ALL just for fun. I don’t know that many of them have any scientific evidence to back them up, even though a few of them have proven to be surprisingly accurate more often than not for many moms-to-be. 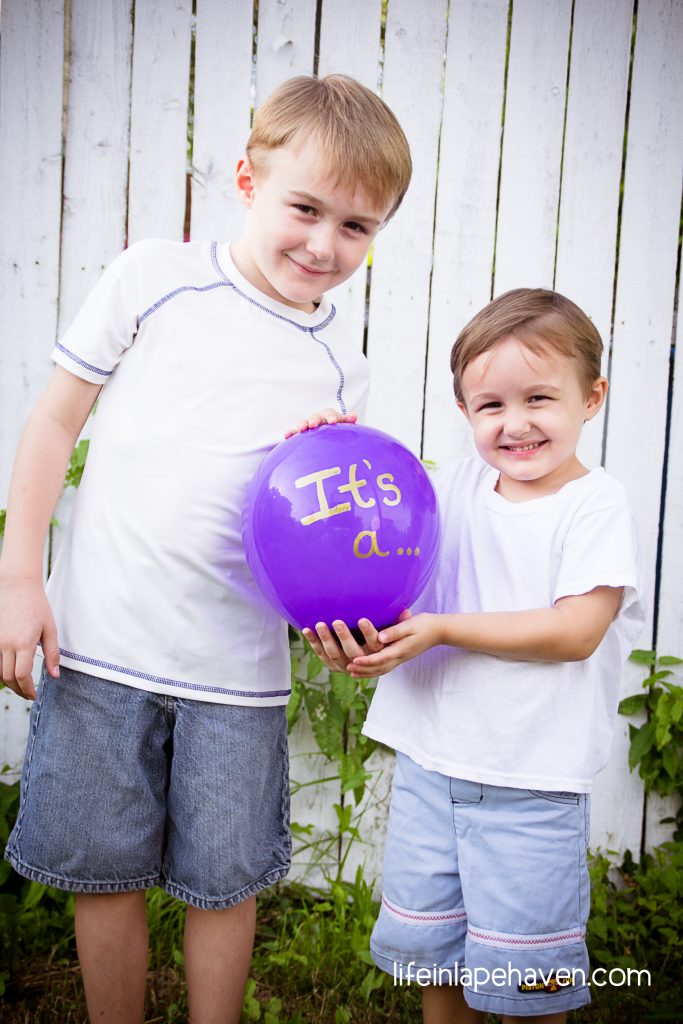 I would guess that nearly every expectant mother has heard this one at some point. If you’re carrying the baby high, it’s a girl. If your baby belly is lower, it’s a boy.

For me, this bump looks pretty much like my other two, but I’m not sure if any of them were really high or low. However since it’s the same, we’ll say, BOY.

I remembered this one from my previous two pregnancies. According to this theory, if your baby’s heartbeat is below 140 beats per minute, you’re carrying a boy. If it’s over 140, it’s a girl.

Based on this, both of my boys should have been girls because they had higher heart rates. This time around, the baby’s heart is generally around 150, so GIRL? (Or just another active boy?)

If you have developed a serious sweet tooth with this pregnancy, this myth says that you’ve got a girl. If you are going more for the salty or sour items, expect a boy.

Sadly, I’ve never really had cravings! I was so looking forward to the quirky things I’d want when I was pregnant, but alas, I experience more food aversions than cravings. However, with Elijah I ate a lot of fruits and veggies, and with Josiah more sugar and sweets, probably because I was tired after chasing a toddler around while pregnant and needed a boost of energy.

This baby, I’m just coping with the nasty taste I struggle with all pregnancy as best as I can, and salty or sour things work better for that. So, BOY, I guess.

#5. Wedding Ring on a String

This is a crazy old tale, and it seems to have a few different versions, so I did two of them.

One is to put your wedding ring on a string or a piece of your hair (went with some thread for this), and hold the ring over your belly. If it starts going in a circle, you’ll have a boy. If it goes back and forth like a pendulum, it’s a girl. This one circled, so BOY.

However, another version is to dangle a necklace with a pendant over your hand or wrist. If it circles this time, it’s a girl. Pendulum swing, it’s a boy. This one also circled, but that would mean GIRL.

If you are seriously fighting morning sickness early on or continuously throughout your pregnancy, you might be having a girl. Slight or non-existent sickness could mean a boy.

This time around I have been more nauseated and have actually felt sicker more often.

Based on this idea: GIRL.

If you’re dealing with a lot of blemishes and breakouts throughout your pregnancy, you can expect a daughter, or so this theory says since an old tale says that a girl steals her mother’s beauty. For me, this means BOY.

If you have been having colder feet lately, blame your little boy. If your tootsies are fine and toasty, it’s a girl.

It’s summer, so I’m not sure how accurate this one’s going to be because my feet have been plenty warm. GIRL.

#10. WHICH BREAST IS BIGGER

Okay, if this is TMI for you, just move past it. However, this belief states that if you notice that you are slightly lopsided up top, you can predict your baby’s gender. If your right side is bigger, it’s a boy. If it’s your left, it’s a girl.

This one says that when you dream of your baby, if you dream of a boy, it’s actually a girl. If you’re dreaming of a girl, expect a boy. Your dreams supposedly show the opposite of what you’re having.

I’ve had two dreams of a baby boy, so does that mean a GIRL?

According to this one, if the hair on your legs is growing in faster than normal, you’re having a boy.

Thankfully that hasn’t  happened to me because shaving when you’re pregnant is enough of a PAIN!  So, GIRL.

If the expectant mom is craving proteins, such as meat and cheese, she can plan on a boy.

Don’t know that it’s a craving, but cheese is something that I CAN eat. BOY.

Yeah, kind of gross, but here’s what it says: If your pee is bright yellow, it’s a girl. Dull or clear, it’s a boy. I also saw the reverse of this, too – bright is for boys, and dull/clear is a girl. So…hmmm.

Plus if you’re taking a prenatal vitamin (which will make urine quite bright) and drinking the water you should be (which will give you clearer results), this test is just going to be all kinds of confused.

If you can only think of names for one gender, that’s the gender you’ll have.

For us, we’ve only come up with girls’ names so far…GIRL.

This old wives’ tale says that if you’re gaining all your weight out front, you’ll have a boy. But if your weight is spread out all over, you’ve got a girl.

If you are experiencing headaches during your pregnancy, this theory says it’s because you’re going to have a boy.

No headaches here, so GIRL, although I don’t think I’ve ever had headaches with my boys (not until after they were born, anyway. Haha).

Dry skin during pregnancy is said to be caused by carrying a boy, while smooth, soft skin can be the result of expecting a girl.

Do you have siblings? If so, you can predict your child’s gender by looking at the gender order for you and your brothers and sisters.

Were you  the first born? You’ll have what your mom had, only starting at the second child.

If you’re in the middle, start with her third child.

For the baby of the family, you get to copy your mother’s order exactly.

Thankfully, my parents had three kids, so this works out easily for us. I don’t know how you do this if your parents only have one or two children.

According to this, we’re due for a GIRL.

Based on these old wives’ tales:

A PICTURE IS WORTH A THOUSAND OLD WIVES’ TALES

Of course, none of these old wives’ tales, myths, and internet ideas are as accurate as what an ultrasound can reveal. Even though some ultrasounds have been proven wrong when the baby is actually born (surprise it’s NOT a boy!), they are generally correct 90-95% of the time.

Our ultrasounds have been pretty obvious each time, even to Brad, who can’t always follow all the shadows and blobs on the screen. (Love you, honey!)  And since I’m…ahem…older this time around, we actually have to have our ultrasounds done at the hospital because they have better technology to screen for deformities and issues that are statistically a higher risk since I’m now over 35. So, if we could tell the first two times, we should definitely be able to tell this time around with better equipment and picture quality.

We are very happy to announce that we will be welcoming our THIRD boy! Even though our boys were kind of hoping for a girl, they were very quick to embrace the idea of having a new little brother, and Brad and I are preparing for all the fun ahead with keeping up with three active boys. (By the way, we made our own color powder to put in a balloon.)

So, less than half of the old wives’ tales agreed with our ultrasound.

EXPECTANT MOMS, WHAT WERE YOUR RESULTS? Have you tried any of these or other old wives’ tales to predict your baby’s gender? What does your ultrasound show (or what did you have)? Let me know, and I can update this article with your totals, too!

The Most Annoying Pregnancy Symptom That I’d Never Heard Of

The Best Thing I’ve Gotten for Myself This Pregnancy

Welcoming Isaiah: A Birth Story That Didn’t Quite Follow My Plan