How to Take Better Pictures of Your Kids – Part 1 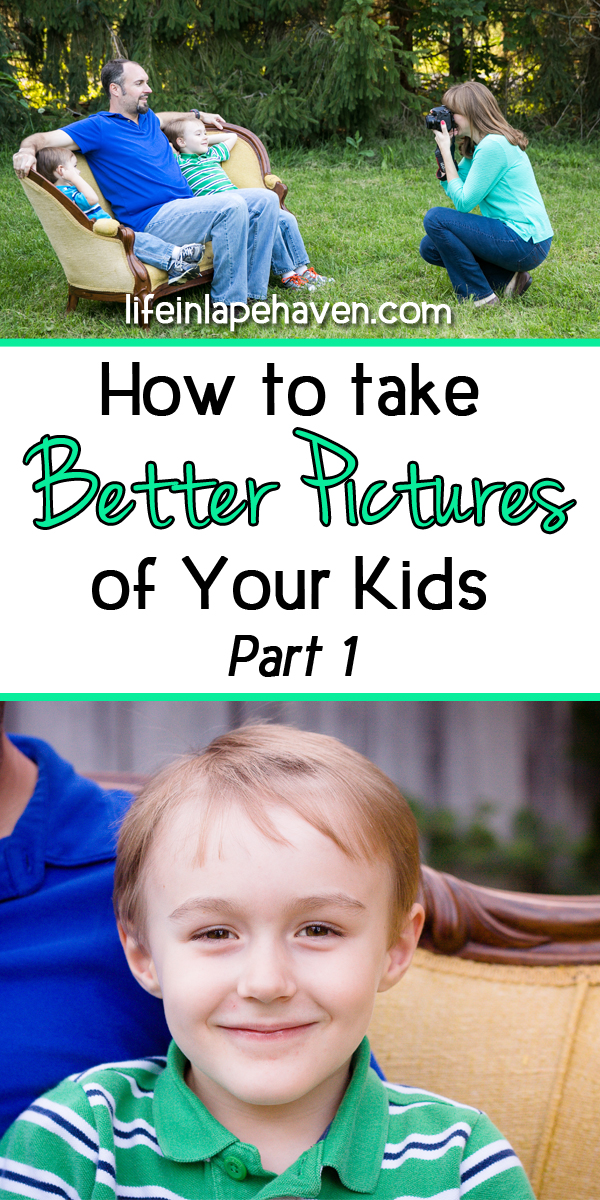 Over the last few months, I have had several different people ask me if I’m a photographer, as in a “professional photographer,” since I’m always taking pictures.

That’s rather flattering because, no, I’m not. I’m a mom with a nice camera who loves to take pictures of her children, and while I have been really trying to learn how to get better photos, I am not a pro…so far from it. To have someone think that the picture of my child at the playground was the work of a professional – WIN! That makes my day!!!

Because I’ve been working on improving my photography, I’ve also had other moms ask me about my pictures, trying to figure out what I was doing differently than they are to capture the photos that I do.

I know why they’re asking. It’s why I’ve been learning and practicing: Pictures are important to us, especially as moms.

We love the professional pictures for babies, weddings, and seasonal family photos. But professional photographers aren’t there at every milestone, birthday, or beautiful moment. They aren’t there for the everyday – that rare moment when your children are being sweet and reading together, that time when your toddler upends the spaghetti plate on his head, or when your little girl loses her first tooth.

For me, the “everyday” is what life is made of. Those are the moments that I want to remember the most.

So, unless you can hire a full-time photographer for your household (Wow! Can you imagine?), the only way to capture your everyday life is to do it yourself.

And you want to do the best that you can, right?

With this in mind – and looking ahead to the holidays, which present so many wonderful photo opportunities – I’ve decided that over the next four posts, I’m going to be sharing what I think are the most important tips and advice I’ve found for taking great pictures of your family. These come from what I’ve learned through scouring online photography blogs and tutorials, talking with and watching my friends who are actual, real professional photographers, and what I’ve discovered through trial and error. Plus, most of these tips will help you no matter what kind of camera you are using, even if you’re just using your phone! I’m sure there are many others that could be included, but these are the ones that have helped me the most.

To start with: Natural is ALWAYS better.

Believe it or not, my top suggestions have nothing to do with lighting, the technical aspects of using a fancy DSLR, or framing your shot (those tips come later). These are all about being natural and real and having that mindset before you even pick up your camera.

And rather than make you wait to the end of the post for a big finale, I’m starting you off with my most favorite tip out of all that I’ve gathered and the one that’s done the most for my pictures:

Seriously. Stop saying, “Smile” or “Cheese!” – at least for most of your pictures. Saying their name or “look” has gotten me so many more beautiful shots with natural expressions, smiling or serious, than that forced “I am smiling” grimace you get, especially from younger children who have “learned” to smile.

You may also run into the “Diva cheesy smile and crazy pose combo” with your slightly older kids. (I was that little girl, too, so I’m not saying you don’t want a few of those, but trust me, you don’t want all of her 8-year-old pictures to have that look!) You want your child to be able to look natural sometimes. (And don’t get me started on “duck faces.”)

If you really want a natural smile, try being silly or telling a joke.  As a parent you have a distinct advantage over a pro in this area anyway, since you KNOW what makes your child laugh or grin.

When we were getting Elijah’s 1-year-old professional pictures taken, we got the best smiles out of him when I said, “Ow!” and pretended to be hurt.  (Gee, thanks, son.)

If they just aren’t in the mood to smile, or overall not in the mood for getting their pictures taken, trying to force them to smile is only going make things worse, which leads me to my next tip. 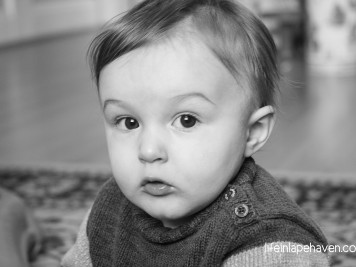 This look! All I said was, “Josiah,” to get his attention. 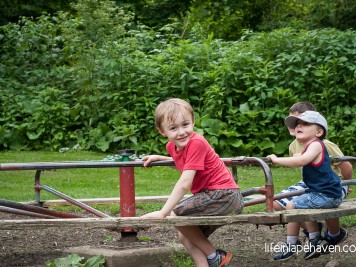 Pretty sure I just asked Elijah how he liked the merry-go-round. That smile is authentic. 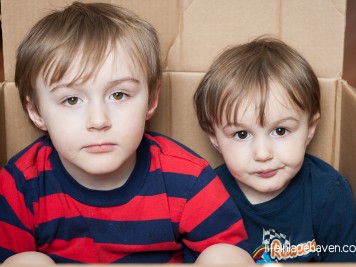 I love these expressions. I just had them look at me, and Josiah didn’t even do that.

#2. LET THEM BE THEMSELVES

Just like not forcing them to smile constantly will help, letting them do their own thing sometimes is huge.

My nephew is notorious for avoiding you if he knows you’re trying to get a picture of him. He will look everywhere but toward the camera, and he’s definitely not smiling. However, one day we discovered that the trick to getting a great picture of him was to let him do something that he thought was “silly” for the picture. As soon as he was doing something “silly,” he was asking me to take his picture. So, I used that. He crossed his feet in a “silly” way, and I got my most favorite picture of him to date. 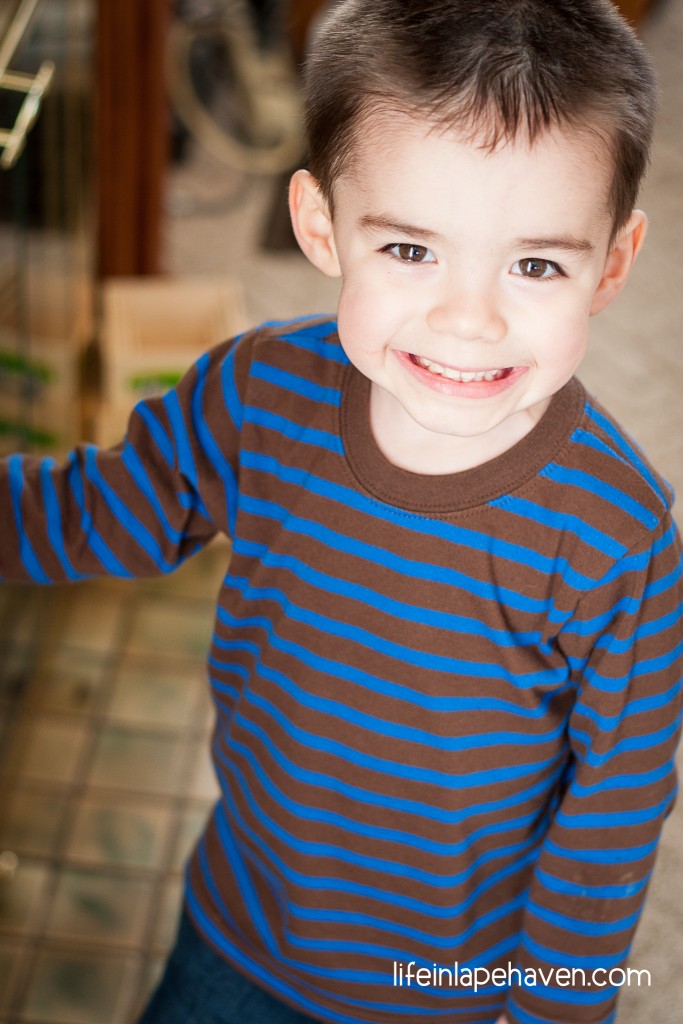 I took this picture in a way that cropped out his “silly” crossed feet. Sneaky Aunt Kishona!

Of course, getting a great picture of your child doesn’t require them looking at you at all. When I first really started learning to use my camera, I spent a lot of time just taking pictures of my boys playing. They knew I was there, but I didn’t say anything. I just let them do whatever they were doing when I grabbed my camera. I don’t wipe off faces, change them into matching outfits or “dressier” duds (I make sure they are dressed, though!), or brush their hair. I let them be my boys. 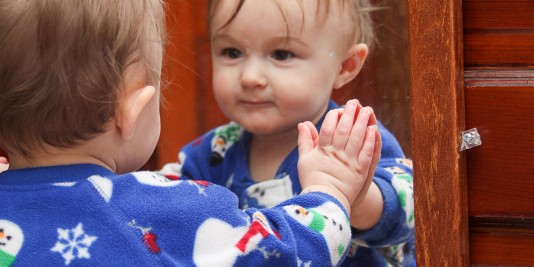 When I snapped this picture, he didn’t even know I was taking pictures. 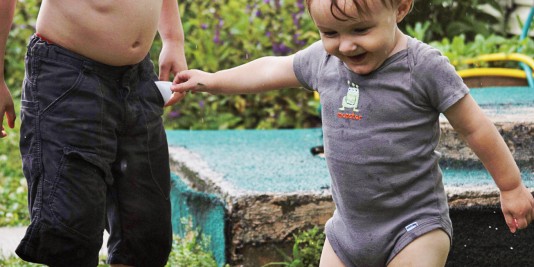 Playing in the rain is always a great photo op.

There is also something to be said for letting your child make suggestions of what he or she might want to do in a picture. Let them pose, or do their favorite new trick, or show off a toy. Why not? As long as they aren’t doing things that are dangerous or inappropriate, let them have fun. It makes the pictures that they might not want to do worth it if they know they can do ones that they want to, also. 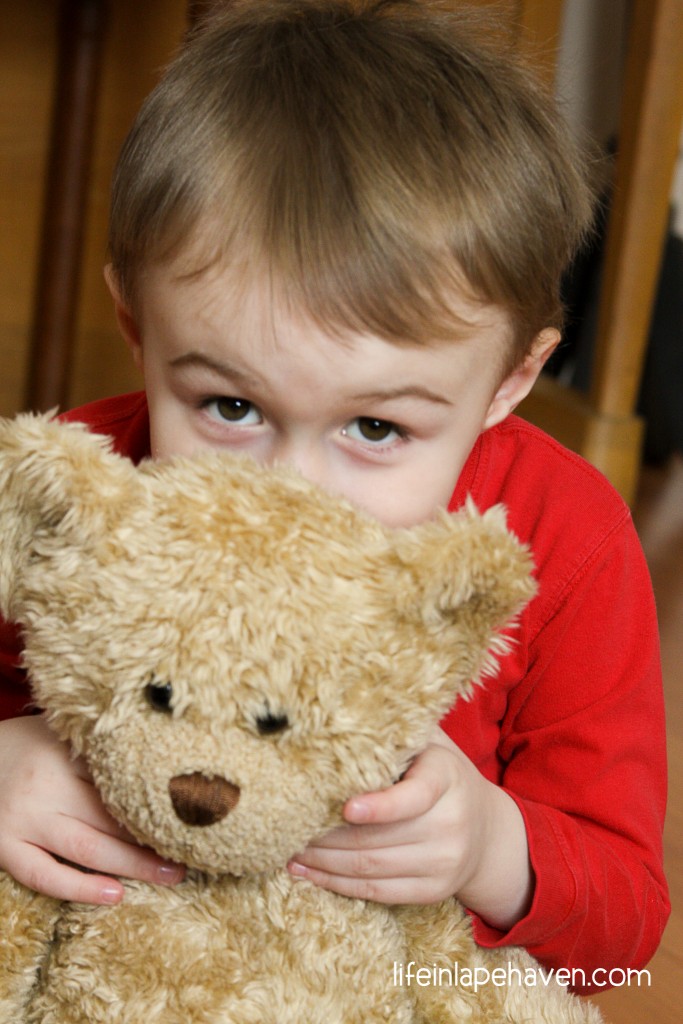 Elijah wanted a picture with his Baby Bear.

As I mentioned last week, whenever we do family pictures with all of my siblings and our children together, it’s become a tradition to do a silly picture at the end. The kids (and adults) love it. It’s a simple thing, but they’ve always turned out so wonderfully. They are usually my favorite pictures of the day.

Technology has made picture-taking something that everyone does, and something that everyone shares. It can seem overwhelming when you see beautifully composed and filtered Instagram shots, Pinterest-worthy photo set-ups at a 2-year-old’s birthday party, or Facebook vacation albums for everyone from your favorite celebrity to your kids’ babysitter.

While you can definitely learn by studying other people’s work or techniques, don’t pressure yourself to make your pictures look exactly like someone else’s. Use your own creativity. Find your own style.

For example, my father-in-law used to do work as a professional photographer, and his children all learned from him. His oldest daughter has taken over the family legacy as Picture Bliss Photography and does beautiful work with weddings, babies, family sessions, and seniors. Oftentimes, her younger sister is her assistant.

Funny enough, though, the three of them don’t shoot exactly alike. They all have their own “eye,” style, and creativity.

My hubby took the first picture below, and you can see that my hubby likes to look for the quirky angles and attempts unique shots, mostly just to be silly. However, sometimes they turn out pretty cool, like this one. The second picture is one I took during the same match, and you can tell that my style is totally different from his. 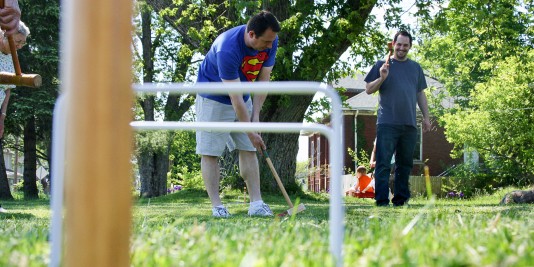 Brad took this during a croquet match at my parents’ house. 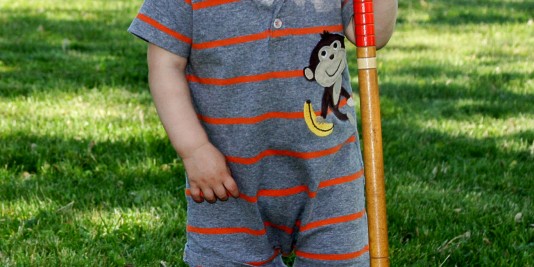 So, we’re good with letting your kids be themselves and allowing you to be yourself. Tomorrow  – it’s time to get into tips for setting up a shot.

TELL ME: What do you do that makes your child smile?

How We Capture a Great Family Picture Every Time