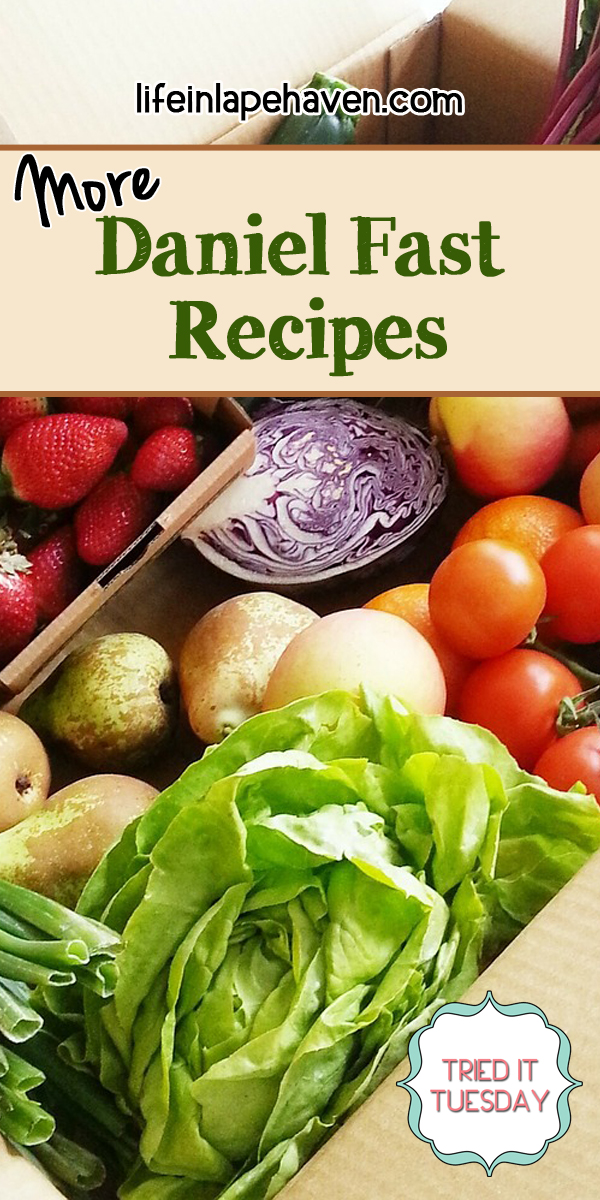 Last Tuesday, I told you all about how Brad and I are participating in a 21-day Daniel fast with our church for most of February.

As we head into our third week of this partial fast, I’m so thankful for the internet and all the Daniel fast recipe ideas out there for us to try. Since I’m not used to cooking with just vegetables and vegan ingredients, we would have exhausted my meal ideas within the first few days for sure!

This past week, we’ve found a couple more tasty recipes to add to our Daniel Fast meal planning.

First up is an unleavened flatbread that was fairly easy to make and surprisingly tasty despite its simple ingredients. Elijah and Josiah “helped” me make this Lavash Bread by fighting over who got to roll out the pieces with me.

However, I think their favorite part (and maybe mine, too) watching each flatbread bubble up once we placed them on the hot pizza stone in a very hot oven.

For the recipe, I used about 3-1/8 cup of unrefined whole wheat pastry flour instead of white bread flour and 3/4 cup warm water, along with the oil and salt. We didn’t top it with any seeds. 🙂  Mine didn’t puff as big as the pictures online, but we’re okay with that. 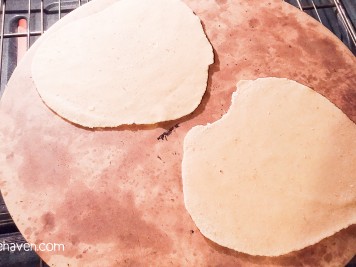 Rolled out dough ready to bake. 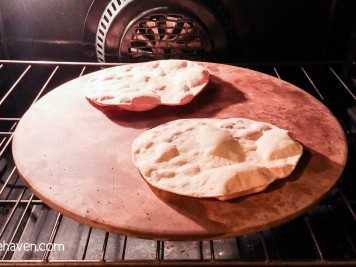 Bubbling up on the pizza stone. 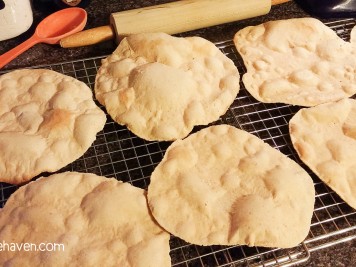 Cooling the bread so we can eat it!

As soon as these cooled enough, the boys devoured two of the eight pieces, slathering them with hummus. In fact, I had to hide some of it so our two little guys, who aren’t doing the fast, of course, wouldn’t eat all our “special” bread.

The other recipe that was a HUGE hit this week was the meal I made last night for dinner.

I had seen several recipes for “mock” shepherd’s pie, and I was curious to make one of them. I picked this “Cottage Pie” recipe that uses lentils and mushrooms for the “meat” part of the dish.

Knowing how much Brad loves mashed potatoes, I was pretty certain he would enjoy the meal if only for the potatoes. However, he really, really liked it all and was surprised at how good it was.

What I didn’t anticipate was how much my two little picky eaters would gobble down! It was kind of a gamble for me to make only our Daniel fast food and not prepare something familiar for the boys to eat, but I’m glad I did. Our boys loved it, too! Josiah has been especially fickle with food lately, so I was really surprised when he and Elijah both had second helpings, and Elijah said he wanted “to eat this every day.”

I did adapt my recipe a good bit from the original one in the link, based on what we had on hand.  Here is MY ingredient list:

For the mashed potato topping

8 medium to large potatoes (I baked mine in the oven then scooped out the insides, using my mashed potato shortcut)

¼ cup Vegetable Stock (again, however much you need)

¼ tsp Nutmeg (Never used it in potatoes before, but it was good)

1 cup Lentils, prepared according to the package instructions (I did drain away the excess water once they were cooked)

½ tsp dried Thyme (I ran out, or I might have used more)

I followed the basic directions of the recipe – prepping mashed potatoes, cooking the lentils, then sautéing the veggies (I put the garlic in the filling but not in the potatoes), and then mixing the lentils, veggies, and vegetable stock to make the thickened filling. Then I topped the filling with the potatoes and baked it about 30 minutes at 375.

While this is a really yummy dish, it did take a while to prep (lots of veggies to slice and dice), and it required several pots and pans, even though it all ends up in one eventually.

However, with as well as my boys ate it and as delicious as it turned out, I might be persuaded to make this one again sometime even after the fast is over.